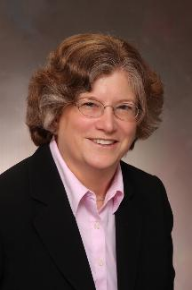 Leslie K. Dellon has been practicing immigration law for more than 20 years. Her first client in an immigration matter was the U.S. Department of Labor, when she was a Trial Attorney from 1983-1986 in the Civil Division, U.S. Department of Justice in Washington DC. As a Trial Attorney, Ms. Dellon successfully defended the U.S. government in several significant cases in federal court. She received the Assistant Attorney General's Special Commendation Award for Outstanding Service. Ms. Dellon joined the Washington DC law firm of Lepon Holzworth & Kato, PLLC, where she became a member in 1988 and led the immigration practice until 2009.  She continued her immigration practice with Hammond Immigration Law, P.C. in Rockville, MD from February 2009 - August 2011, when she established her own immigration law practice.

Ms. Dellon strongly supports the activities of the American Immigration Lawyers Association (AILA). She served as Chair of the AILA Washington DC Chapter (including MD, DC and VA) from 2004-2005, overseeing the activities of the third largest chapter (then 700+ members). She has served on AILA National committees covering a broad range of concerns, including pro bono, ethics and professionalism, the USCIS National Benefits Center and U.S. Customs and Border Protection. She has presented on business immigration topics at the AILA National and DC Chapter conferences.